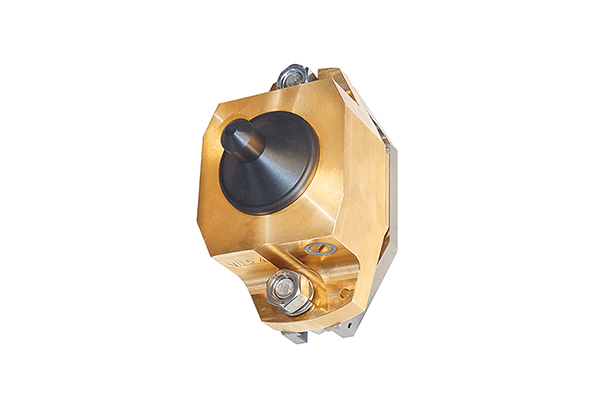 The NEMO BT, a sensor for diaphragm walls

The NEMO BT is a deviation and inclination sensor for grabs.
It is equipped with a Bluetooth radio transmitter and a battery. In the absence of communication (immersed sensor), the measured values ​​are stored in the internal memory of the NEMO BT, they are transmitted from the sensor to the device.

The DIALOG MX measures the trajectory made by the grab as it descends into the wall. The differences between the vertical axis of the wall and the path followed by the bucket measure the deviation.

The three main axes of deviations are measured:

The trajectory of the grab is calculated by integrating the inclinations as a function of depth and rotation as a function of time. The algorithms of the DIALOG MX correct the systematic errors generated by the sensors.

Thanks to the Vision system data is accessible from any device connected to the internet, the measurements can be monitored at any time on a remote screen.
This also makes it possible to obtain graphical representations of the measurements and data for the purpose of quality control.